Blog - Latest News
You are here: Home / For Men / The Goodness of Marriage 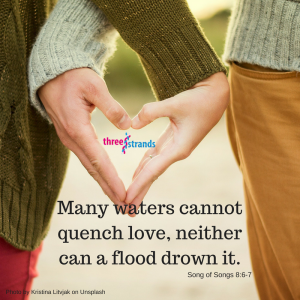 We often spend time talking about the challenges of marriage.  I do believe we should prepare for these challenges but sometimes we may spend so much time preparing for the bad that we forget to celebrate the overall goodness of marriage.  For instance, did you know:

-Financial – People who remain married have 75% more wealth than those who never marry or get divorced.

-Happiness – Research shows that married couples are generally happier, less depressed, and more joyful than their single counterparts. 61-62% of married couples report being “very happy” when questioned.   Further, of those who stated they were not happy in their marriage, 70% reported being happy 5 years later if they pushed through.

-Sexual Satisfaction – Many would say that marriage leads to a boring and stagnant sex life.  Nope, research shows that married couples have a significantly better and more enjoyable sex life than singles.

-Family – Children raised in a household with a mother and a father have outcomes that are 2 -3 times better than those raised by a single parent.

One of our leaders told me a few weeks back that they had to take a break from “working on their marriage.”  She said the work had simply drained the joy out of being married.  What great insight.

On June 23rd Three Strands Ministry will be sponsoring a 3 hour workshop followed by a date night.  I promise two things: